Prof. Valentin Pletnyov, Director of the Archaeology Museum in Bulgaria’s Black Sea city of Varna, and, respectively, of the Varna Regional Museum of History, has passed away at the age of 55 after a month in a medically induced coma from which he never woke up.

An expert in archaeology and history of the Late Antiquity and the Middle Ages, Valentin Pletnyov was admitted with a skull fracture in the hospital in the city of Veliko Tarnovo in Central North Bulgaria on September 23, 2017.

He is reported to have fallen down the stairs in his house in the town of Ledenik near Veliko Tarnovo where he was spending the holiday for Bulgaria’s Independence Day (September 22) together with friends and colleagues, including other archaeologists.

At the time of his admission to the hospital in Veliko Tarnovo, the doctors refrained from any forecast about his chances.

He was put in a medically induced coma but has now passed away, never regaining consciousness, the Varna Regional Museum of History has announced on its Facebook page.

Prof. Valentin Pletnyov has led the research of some of Bulgaria’s top archaeological sites in Varna’s region for many years. Photo: Varna Regional Museum of History Facebook page

Valentin Pletnyov is a native of Veliko Tarnovo in Central North Bulgaria but his career as an archaeologist is connected with the Black Sea city of Varna. Photo: Burgas Regional Museum of History

“Professor Valentin Pletnyov has left this world at the age of 55. He is leaving behind over 100 scientific papers which have made a great contribution to the development of Bulgaria’s medieval archaeology,” the Museum said.

Pletnyov graduated from Veliko Tarnovo University “St. Cyril and St. Methodius” in 1986, and move to Varna with his family the same year.

Local media remind that his father, the late Assoc. Prof. Georgi Pletnyov, a member of the faculty of Veliko Tarnovo University, also died as a result of an accident, at the age of 59, when back in 1994, he was hit by a car in Veliko Tarnovo’s downtown.

the Late Antiquity and medieval Byzantine and Bulgarian fortress Kastritsi – today situated on the territory of the Black Sea residence of the Bulgarian government known as Euxinograd;

the medieval fortress Petrich Kale in Avren Municipality near Varna;

the medieval Knyazheski (Royal) Monastery from the First Bulgarian Empire whose ruins today are located in the suburbs of Varna, in an area known as Karaach Teke;

the Aladzha Rock Monastery near Varna and the Golden Sands sea resort.

Prof. Valentin Pletnyov’s funeral is scheduled for October 27, 2017, at the cemetery in Veliko Tarnovo. The Varna Museum of Archaeology will be closed for visitors on that day in mourning of its deceased director.

← Archaeologists Find Alexander the Great, Lysimachus’ Iron-Making Center, Strategos Residence under Thracian Mound in Southeast Bulgaria
How Bulgarian Rebels ‘Determined’ the Prime Minister of Britain: William Gladstone and ‘the Question of the East’ → 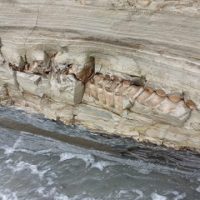