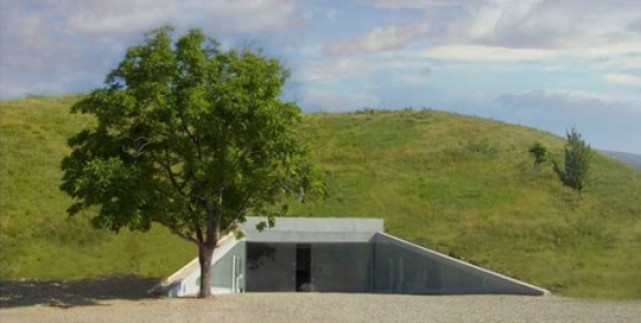 A view of the entrance of the Odryssian King Seuthes III’s Tomb Museum. Photo by Kazanlak Museum of History

Experts from Bulgaria’s Ministry of Culture have carried out an emergency inspection of the tomb of Ancient Thracian King Seuthes III, ruler of the Odryssian Kingdom from ca. 331 BC to ca. 300 BC), over a landslide that led the local museum authorities to close it for visitors.

Seuthes III’s tomb located near the central Bulgarian towns of Kazanlak and Shipka has seen its 13-meter corridor affected by a landslide after torrential rains in the region.

The director of the Kazanlak Museum of History, Dr. Momchil Marinov, has alarmed recently that the landslide creates a potential danger for visitors; he has also made it clear that it does not present a threat for the tomb and the archaeological artifacts inside it.

The expert group from Bulgaria’s Culture Ministry that made the emergency visit to one of Bulgaria’s most popular Ancient Thracian tombs was led by Dimitriyka Angelova, head of the Ministry’s Inspectorate for Cultural Heritage Preservation.

After the visit to Seuthes III’s tomb, the experts have announced that the Ministry of Culture will request that the Bulgarian government’s Inter-Institutional Commission for Emergency Situations put the cultural monument on the emergency funding list so that it can be protected and rehabilitated.

“First, there will have to be an expert report for the drainage of rain waters in order to protect the tomb from moisture, which is the main problem. The tomb itself was built in such a way that it is so sturdy and solid, I think nothing else can destroy it,” Angelova has explained, as cited by Bulgarian news agency BGNES.

Another of Bulgaria’s most famous Ancient Thracian tombs, the one near the town of Starosel, has also been affected by a landslide, and will also be in need of rehabilitation work, the agency has reported.

The Thracians were an ethno-cultural group of Indo-European tribes inhabiting much of Southeast Europe from about the middle of the second millennium BC to about the 6th century AD on the territory of modern-day Bulgaria, Romania, Moldova, Greece, Turkey, Macedonia, Serbia.

The Odrysian Kingdom is a union of Thracian tribes dominated by the tribe of the Odrysians (also known as Odrysea or Odrusai bearing the name of a mythical ruler, Odryses or Odrisis, (ca. 715 – ca. 650 AD), was the most powerful state of the Ancient Thracians. It existed from the unification of many Thracian tribes by a single ruler, King Teres, in the 5th century BC till its conquest by the Romans in 46 AD on the territory of most of modern-day Bulgaria, Northern Greece, Southeastern Romania, and Northwestern Turkey.

Seuthes III was a king of the Odrysian kingdom of Thrace from ca. 331 BC to ca. 300 BC, at first tributary to Alexander the Great of Macedon. In 2004, as part an expedition dubbed TEMP, late Bulgarian archaeologist Georgi Kitov discovered Seuthes III’s tomb on the Golyama Kosmatka Mound near his capital Seuthopolis (close to today’s towns of Kazanlak and Shipka), part of the Valley of Thracian Kings. The impressive finds included the famous lifelike bronze head of Seuthes III, his golden laurel wreath, golden kylix (ancient drinking cup), among others. Some of these finds (except for the ruler’s bronze head) are to be shown in the upcoming exhibit of Bulgaria’s Ancient Thracian treasures in the Louvre Museum in Paris, France, “Ancient Thrace. The Odrysian Kingdom”, between April 15 and July 20, 2015.