The newly discovered Southwestern Gate of ancient Odessos may have been up to 8 meters wide, and was part of the city’s Late Antiquity wall. Photo: TV grab from bTV

Archaeologists have discovered for the first time one of the fortress gates of the Ancient Thracian, Greek, and Roman city of Odessos (Odessus), namely, its southwestern gate, in Varna, the largest modern-day city on Bulgaria’s Black Sea coast.

The important discovery has come against the backdrop of more than 100 of excavations of the ruins of ancient Odessos which have included searching for the gates of the city.

The begging of Varna‘s history dates back to the dawn of human civilization, the Varna Chalcolithic Necropolis known for containing the world’s oldest gold treasure dating back to the 5th millenium BC, the Varna Gold Treasure).

Ancient Odessos known as Odessus in Roman times, the precursor of the Bulgarian Black Sea city of Varna, was founded by Miletian Greek colonists at the end of 7th century BC within an earlier Ancient Thracian settlement. Odessos (Odessus) became part of the Roman Empire (late the Eastern Roman, or Byzantine, Empire) in 15 AD. It was called Varna by the Ancient Bulgars after the First Bulgarian Empire conquered it in the late 7th century AD.

The Southwestern Gate of Odessos has been discovered in Varna during rescue excavations as part of the rehabilitation of street and underground infrastructure at the Tsar Simeon I Street, three days after the start of the digs, Radio Varna reports.

“The [newly discovered ruins] are from the Byzantine fortress wall in this part of the ancient Odessos, which can be dated to the 5th – 6th century AD,” explains lead archaeologist Assoc. Prof. Valeri Yotov from the Varna Museum of Archaeology.

“This is one of the gates [of Odessos] that we can call conditionally the Southwestern Gate for the time being. Or the harbor gate since it was the one connected to the port,” Yotov has told bTV.

The newly discovered Late Antiquity fortress gate of the ancient Odessos was the gate leading to the harbor of the precusor of today’s Varna. Photo. TV grab from bTV

The paving of the 1,500-year-old main “west-east” street of Odessos that started at the newly found gate remains perfectly preserved. Photos: TV grabs from bTV

The newly discovered Late Antiquity / Early Byzantine fortress gate of Odessos has been found to have been impressive in size, and might have as wide as 8 meters. So far, the archaeologists have unearthed what they believe was half of the gate’s width.

They have also dug up the beginning of the main street from the gate to the ancient city center, whose 1,500-year-old paving has been preserved in a perfect condition. Along the street, there was a ditch. The ruins of a fortress tower have also been discovered next to the gate.

Yotov says that a large part of the fortress wall, which includes the newly found Southwestern Gate of ancient Odessos, was exposed back in 1982 by archaeologist Prof. Mihail Lazarov. That was the last time when archaeological excavations were carried out in the area where the gate has now been found.

“The western gate gives the start of the main street, which is always oriented “west – east”. It is a Roman – Byzantine structure. We are still in the working phase but it is for certain that this [fortress] was first built in the Roman Era, and was then restructured, and continued to exist up until the end of the 6th – beginning of the 7th century,” the lead archaeologist explains.

A map showing the known information about the fortress walls of ancient Odessos and modern-day Varna. The known section of the earliest fortress wall (dating back to the Thracian settlement and the Greek colony) is shown in blue. The known sections from the wall built by Roman Emperor Tiberius is shown in purple. The Late Antiquity / Late Roman / Early Byzantine fortress wall is shown in brown. The substantially smaller fortress from Middle Ages, the time of the medieval Bulgarian Empire, is shown in green. The 18th – 19th century Ottoman fortification is shown in red. The location of the newly discovered Southwestern Gate on the Late Antiquity wall (brown) is circled in red. Map: Sveti Mesta

The ruins of a fortress tower have also been unearthed near the Southwestern Gate of Odessos. Photos: TV grabs from bTV

“Up until now there have been only guesses about the existence of this gate, and by the founder of Bulgarian archaeology, Karel Skorpil. He hypothesized that one of the gates of ancient Odessos was in the area of today’s Dragoman Street which is quite far north of here,” Yotov points out.

In his report to Varna Municipality and a future committee of Bulgaria’s Ministry of Culture, the archaeologist is going to recommend that the site of the newly discovered Southwestern Gate of ancient Odessos be exhibited in situ as an open-air museum, adding more to the already accessible ancient ruins in the Black Sea city of Varna.

In his words, the newly found ruins could be connected with a small park already existing nearby.

The ruins of the newly discovered Southwestern Gate of ancient Odessos are located near a small park at today’s Tsar Simeon I street in the Black Sea city of Varna. Photos: Cherno More daily

In 2017, the accidental discovery of an Early Byzantine U-shaped fortress tower from Odessos confirmed data about the existence of Quaestura Exercitus, a peculiar administrative district in 6th century AD Byzantium (i.e. the Eastern Roman Empire), under Emperor Justinian I the Great, uniting much of today’s Northern Bulgaria with Cyprus, parts of Anatolia, and the Cyclades.

In March 2015, construction workers discovered by accident an unknown section of the Late Antiquity fortress wall.

The discovery even made international headlines with the finding of a tall man’s skeleton buried right under the Late Antiquity fortress wall of Odessos. Later, it turned out that the ancient man was only 165 cm (about 5 feet 4 inches) tall.

Three more skeletons were also found in what turned out to have been a small Early Christian necropolis.

The dawn of Varna‘s history dates back to the dawn of human civilization, the Varna Chalcolithic Necropolis being especially well known with the discovery of the world’s oldest find of gold artifacts which date back to the 5th millenium BC (the Varna Gold Treasure).

Ancient Odessos (known as Odessus in Roman times) is considered the precursor of the Bulgarian Black Sea city of Varna. It was founded by Miletian Greek colonists at the end of 7th century BC, the earliest Greek archaeological material dating back to 600-575 BC.

However, the Greek colony was established within an earlier Ancient Thracian settlement, and the name Odessos had existed before the arrival of the Miletian Greeks and might have been of Carian origin. Odessos as the Roman city of Odessus became part of the Roman Empire in 15 AD when it was incorporated in the Roman province Moesia.

It is even believed that the peace treaty in which the Byzantine Empire recognized the ceding of its northern territories along the Danube to Bulgaria was signed in Odessos. The wall (rampart) that the first ruler of Danube Bulgaria, Khan (or kanas) Asparuh built at the time as a defense against future Byzantine incursions is still standing.

Numerous Ancient Bulgar settlements around Varna have been excavated, and the First Bulgarian Empire had its first two capitals Pliska (681-893 AD) and Veliki (Great) Preslav (893-970 AD) just 70-80 km to the west of Varna. It is suggested that the name of Varna itself is of Bulgar origin. In the Middle Ages, as a coastal city, Varna changed hands between Bulgaria and Byzantium several times. It was reconquered for the Second Bulgarian Empire (1185-1396 AD) by Tsar Kaloyan (r. 1197-1207 AD) in 1201 AD. 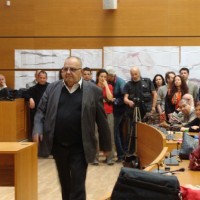