Bulgaria marks on November 1, 2020, its Day of National Awakeners, a holiday designed to honor the people who brought about the “awakening” or revival of the Bulgarian nation in the 18th, 19th and early 20th century.

Top 5 Discoveries of Archaeology in This Decade

Our ancestors brought very small footprints on the planet due to which there is hardly anything to record their global existence. With Archaeology, an ever-changing landscape, the experts can reassess the most firmly held views about the bygones.

The Dabene Gold Treasure is a vast Early Bronze Age treasure dating back to the second half of the 3rd millennium BC, more specifically to the period between 2,450 BC and 2,100 BC.

10 Stunning Facts about the Archaeology and History Riches of Bulgaria

We at ArchaeologyinBulgaria.com have been on a mission for a while now to acquaint readers around the world the incredible archaeological, historical, and cultural heritage of Bulgaria (as well as other, global topics) in a journalistic fashion that is both…

Teodor Rokov, an archeologist from the Varna Museum of Archaeology, will represent Bulgaria in the ABORA IV expedition exploring the prehistoric contacts of the civilizations in the Black Sea and the Eastern Mediterranean through an experimental voyage with a reed…

The city of Burgas, the center of Bulgaria’s Southern Black Sea coast with its many resorts, is set to build a new cultural landmark – a park with scale models of European landmarks from all over the continent.

2018 was the third and last year of the Black Sea Maritime Archaeology Project (Black Sea M.A.P.), an international research endeavor which has made previously unimaginable underwater archaeology discoveries, in terms of ancient sunken ships and not only, in Bulgaria’s…

The marble Ancient Roman statue head of a blond Roman woman has been found by the archaeologists excavating the Ancient Greek, Thracian, and Roman city of Heraclea Sintica near Petrich in Southwest Bulgaria, with the discovery hinting at what may…

The already world famous 7.24-million-year-old tooth of a pre-human species, Graecopithecus freybergi, discovered near Chirpan, Stara Zagora District, in Southern Bulgaria, has been showcased for the public for the first time ever by the Chirpan Musem of Paleontology.

An Ancient Roman statue from the end of the 1rd – beginning of the 2nd century AD depicting a local Roman magistrate has been discovered by the archaeologists excavating the Ancient Greek, Thracian, and Roman city of Heraclea Sintica near…

A hoard of seven silver coins minted in the Principality of Achaea, also known as Morea, a 13th century successor state of Byzantium founded by the Crusaders from the Fourth Crusade, has been discovered by archaeologists in the Rusocastro Fortress…

Ventsislav (“Ventsi”) Gergov is a Bulgarian archaeologist. He was born in Iskar, Pleven District, in 1946. He majored in archaeology at Veliko Tarnovo University “St. Cyril and St. Methodius”, and joined the team of the Pleven Regional Museum of History…

Ventsislav (“Ventsi”) Gergov is a Bulgarian archaeologist. He was born in Iskar, Pleven District, in 1946. He majored in archaeology at Veliko Tarnovo University “St. Cyril and St. Methodius”, and joined the team of the Pleven Regional Museum of History…

Two treasure hunters who had dug up an entire underground gallery in Bulgaria’s Rhodope Mountains have been rescued and hospitalized in critical condition in the southern city of Plovdiv.

Bulgaria Could Have Ended Up Divided like West and East Germany, North and South Korea at World War II’s End and Start of Cold War, Report Says

Bulgaria has become the newest full-fledged member of the European Archaeological Council (Europae Archaeologiae Consilium, EAC) as the Bulgarian National Institute and Museum of Archaeology in Sofia has hosted the 19th Heritage Management Symposium of EAC.

Bulgaria’s National Institute and Museum of Archaeology in Sofia, part of the Bulgarian Academy of Sciences, is hosting the 19th Heritage Management Symposium of the European Archaeological Council (Europae Archaeologiae Consilium, EAC).

Top secret intelligence files now made public have revealed that back in 1971, the intelligence service of Bulgaria’s communist regime plotted and nearly realized a plan to cause a conflict between Greece and Turkey, and embarrassment for the United States,…

Bulgaria and Greece are (the) two European countries that are about as ancient as it gets. But possibly the first thing that comes to mind regarding their relations in historical terms are the horrific, back-stabbing Modern Era wars the two…

A set of fossilized teeth from a pre-human species dating back 9.7 million years ago – a discovery with the potential to “rewrite human history” – have been found by archaeologists near Mainz, Germany.

Archaeologists have discovered a large number of prehistoric “idols”, i.e. cult figurines, including the very rare male figurines, some them “wearing” ram masks, dating back to the 6th – 5th millennium BC, in rescue excavations of a large Late Neolithic…

In-depth research by an international team of scholars of two roughly 7.2-million-old pre-human fossils discovered in Bulgaria and Greece demonstrates that the split of the human lineage occurred in the Balkans, and not in Africa, as conventionally thought.

A Gospel Book in Bulgarian which is almost 400 years old, and was printed in the Cyrillic alphabet in Vilnius, then in the Polish-Lithuanian Commonwealth, has been found among the belongings of a deceased priest who served in a church…

The name of the last ruler of the Ancient Thracian Odrysian Kingdom, probably the most powerful kingdom of Ancient Thrace, has been established by archaeologists and revealed during the 1st International Conference on “Roman and Late Antique Thrace” (RaLATh) organized…

Hypotheses that the Black Sea became saline and connected with the global ocean as a result of a catastrophic flood ca. 6,000-5,000 BC, which have even been linked by speculations to the Biblical Deluge and the story of Noah’s Ark,…

The world’s first ever well preserved sunken “round ship”, a medieval Mediterranean ship which was a precursor to the Age of Discovery vessels such as the ones on which Christopher Columbus crossed the Atlantic, has been discovered in Bulgaria’s Black…

Bulgaria’s National Institute and Museum of Archaeology has released the program for the 1st International Conference on “Roman and Late Antique Thrace” (RaLATh) which is to take place in Plovdiv, the successor of the ancient Philipopolis, also known as Trimontium…

The southern Bulgarian city of Plovdiv has been featured as one of ten “Great European City Breaks You’ve Probably Never Thought Of” in an article of “The Guardian”. Author Kevin Rushby appears enchanted by Plovdiv thanks to its archaeological, historical,…

A prehistoric rock shrine with giant snake heads shaped out of the rocks has been discovered near the town of Sarnitsa, Mineralni Bani Municipality, Haskovo District, in Southern Bulgaria, an archaeologist has confirmed.

Sofia University “St. Kliment Ohridski” (“St. Clement of Ohrid”) has announced the expansion of its specialized digital library of manuscripts in Old Bulgarian, also known as Slavonic or Church Slavonic, through the “digitization” and uploading of a total of 164…

A gang of Bulgarian and Greek treasure hunters has been arrested near the town of Huhla, Ivaylovgrad Municipality, in Southern Bulgaria.

Bulgaria’s National Institute and Museum of Archaeology has issued a call for papers and posters for the 1st International Conference on “Roman and Late Antique Thrace” (RaLATh).

The archaeological excavations of the Late Roman and Early Byzantine fortress of Kovachevsko Kale, which is located near the town of Popovo in Northern Bulgaria, have so far led to the discovery of coins of a total of 42 Roman… 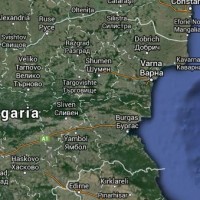