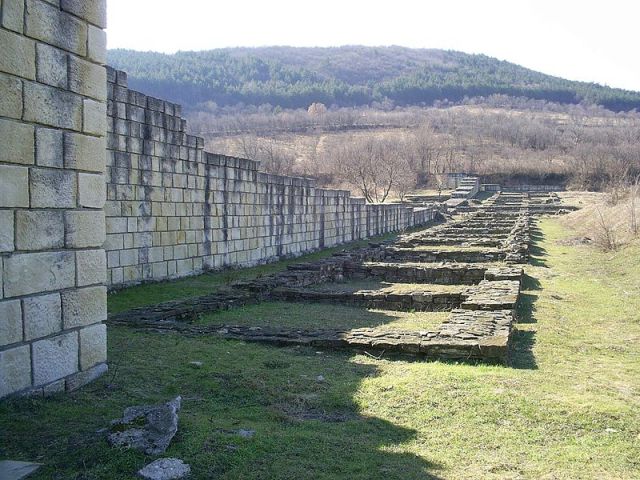 A view of the fortress walls of Veliki Preslav, capital of the First Bulgarian Empire in 893-970 AD. Photo by Svik from bg, Wikipedia

Two ancient and medieval fortresses located right next to Veliki Preslav (“Great Preslav”), one of the capitals of the First Bulgarian Empire (680-1018 AD), are being ravaged by treasure hunters, an archaeologist alarms.

The two fortresses of Byal Grad (“White Town”) and Dolni Stradini (Lower Stradini), which are located right outside of Veliki Preslav, capital of the First Bulgarian Empire in 893-970 AD, are being searched and destroyed by treasure hunters, according to Dimitar Dimitrov, an archaeologist at the Veliki Preslav Museum of Archaeology in the modern day town of Veliki Preslav, Shumen District, in Northeast Bulgaria.

The archaeologists from Veliki Preslav have discovered damage done by treasure hunters to the fortresses of Byal Grad and Dolni Stradini during recent inspections of the area around the medieval Bulgarian capital, Dimitrov has told Radio Focus – Shumen.

In his words, the illegal treasure hunters have left pits inside and around the two small fortresses, as the warmer weather in Northeast Bulgaria has allowed them to stage a new onslaught against the rich archaeological heritage in the region of Veliki Preslav.

The fortress of Byal Grad is located 3.5 km to the southwest of Veliki Preslav, while the other fortress, Dolni Stradini, is situated 3 km south of Veliki Preslav. Dimitrov has expressed grave concern about the condition of the two archaeological sites that have suffered substantial damage from illegal treasure hunting.

“Several years ago there was an encroachment on the fortress of Dolni Stradini. The police were alerted but no rescue excavations were carried out. There wasn’t sufficient funding for such explorations as [the allocated funding] focuses primarily on excavations in the inner city of Veliki Preslav and the larger sites around it,” the archaeologist explains.

In his words, the damage inflicted by illegal treasure hunting activities is irreparable as historical artifacts and their original surroundings are lost forever even if funding for rescue digs is allocated later.

He agrees that the inner city of Veliki Preslav warrants greater attention but insists that other archaeological sites nearby should not be neglected.

Treasure hunting and illegal trafficking of antiques have been rampant in Bulgaria after the fall of communism in 1989 (and allegedly before that). Estimates vary but some consider this the second most profitable activity for the Bulgarian mafia after drug trafficking. One recent estimate suggests its annual turnover amounts to BGN 500 million (app. EUR 260 million), and estimates of the number of those involved vary range from 5 000 to 200 000 – 300 000, the vast majority of whom are low-level impoverished diggers.

The fortress of Byal Grad is located 3.5 km to the southwest of Veliki Preslav. It dates back to Ancient Thrace and Ancient Rome, and was also used in the early Middle Ages by Byzantium and Bulgaria. It existed between the 4th century BC and the 10th century AD. The fortress of Byal Grad (meaning “White Town”) near Veliki Preslav is one of the many toponyms with the same name in the Balkans and wider Eastern Europe, the areas once settled or conquered by Ancient Bulgars. Those are found in modern day Bulgaria, Macedonia, Albania, Serbia (most notably the Serbian capital Belgrade), Romania, Hungary, Ukraine. Some authors believe there is an etymologic connection between the word “byal” and the name of the Bulgars, who are the ancestors of today’s Bulgarians (together with the Slavs and Thracians).

The fortress of Dolni Stradini is 3 km south of Veliki Preslav. It is an early Byzantine and Bulgarian fortress town which existed between the 5th and the 10th century AD. 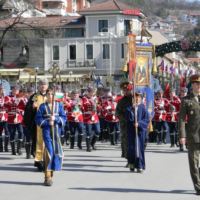