The Regional Museum of History in the Bulgarian Black Sea city of Burgas has dedicated the newly published volume of its regular digest to the memory of its long-time Director and renowned archaeologist and historian Tsonya Drazheva who passed away three years ago, on June 5, 2013.

She conducted archaeological excavations in a wide range of sites in the Burgas region, Southeast Bulgaria, including the Goloe Fortress near Lazarevo, the Markeli (Marcellae) Fortress near Karnobat, the Roman colony Deultum near Debelt, Agathopolis (today’s Ahtopol), the Thracian shrine Beglik Tash near Primorsko, the monastery complex on the St. Ivan Island off the coast of Sozopol.

She was in charge of the excavations of the fortress walls of Sozopol (Apollonia Pontica, Sozopolis) for 25 years, exposing its Late Antiquity and medieval fortifications, Christian temples, and ceramic kilns.

Drazheva also pioneered the excavations of the largest medieval fortress in Southeast Bulgaria, Rusocastro, and of the predecessors of today’s Burgas, Aquea Calidae – Thermopolis in the Vetren Quarter, and the Poros (Burgos) Fortress on Cape Foros in the Kraymorie Quarter.

In her capacity as head of Bulgaria’s National Center for Museums, Galleries, and Arts, she promoted museum reorganization and reform. In addition to her work, as an archaeologist and historian, Drazheva has also been remembered as a civil society activist promoting the development of education and culture.

“To express our respect for her tireless work for the protection of the cultural and historical heritage of the Burgas region, her tireless work on dozens of archaeological sites, her extreme exceptional efforts for the development of museums not just in Burgas but also nation-wide, the Regional Museum of History has dedicated the 5th volume of its “Proceedings” (“Izvestiya”) to her memory,” the Museum says in a statement.

The official public presentation of the new volume of the digest of the Burgas Museum is scheduled to take place at 6 pm on June 1, 2016, in the “Sea Casino” Cultural Center in Burgas. 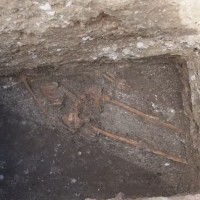