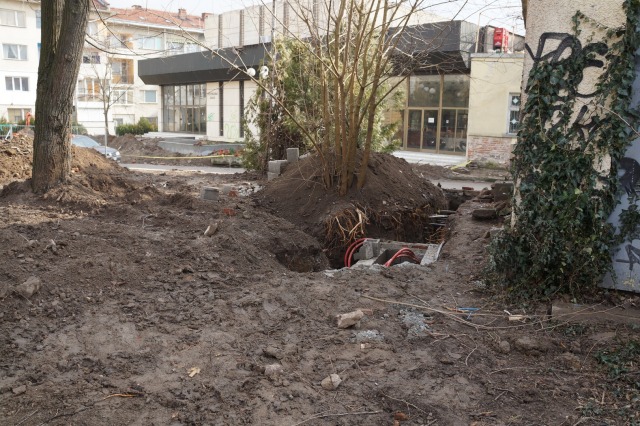 The site near the Yambol Regional Museum of History where the two graves were found by accident. Photo by Delnik.net

Two graves from the Late Middle Ages have been uncovered by construction workers employed on the rehabilitation of the downtown of the southeastern Bulgarian city of Yambol.

The graves, which are dated back to the 14th century or the early 15th century, have been found just meters away from the entrance of the Yambol Regional Museum of History, its director Stefan Bakardzhiev has announced, as cited by the local daily Delnik.

“As [the workers] were digging a ditch to lay cables, they stumbled upon the two graves. Since the graves have not been excavated by archaeologists, we cannot establish the way the bodies were buried. At this stage, we cannot determine whether those are Christian or Muslim graves,” Bakardzhiev is quoted as saying, apparently referring to the fact that the period around the turn of the 15th century coincides with the conquest of what was left of the Second Bulgarian Empire (1185-1396 AD) by the invading Ottoman Turks.

However, the story of the discovery is a bit more complex, local media report. The graves from the Late Middle Ages have been found thanks to a “double” accident since, once the workers laying cables stumbled upon the first human skull, they had no idea that it might be of archaeological value, and placed it on the sidewalk. Archaeologists from the nearby Yambol Museum spotted the skull as they were returning from their lunch break. This led them to inspect it and find the two graves. 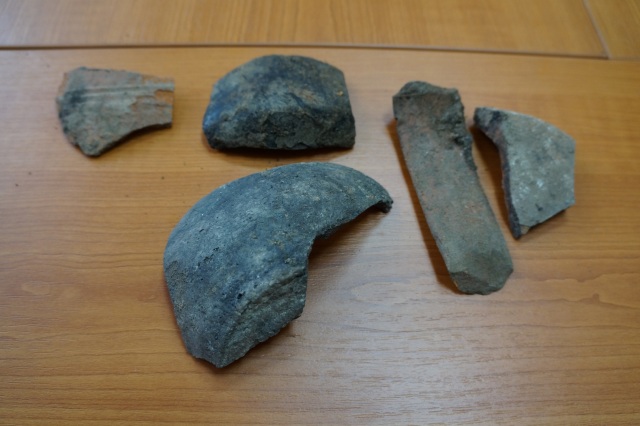 Artifacts found in the graves in downtown Yambol. Photo by Delnik.net

The construction works in downtown Yambol have been terminated in the section whether the medieval graves were unearthed. The local authorities are expecting a commission from the Bulgarian Ministry of Culture to inspect the site in order to come up with a decision whether rescue archaeological excavations of the site are warranted, or the construction works may continue.

“If this turns out to be a unique necropolis, it is possible to incorporate it in the city center in the future,” Stefanov says, adding that the Yambol Museum of History has had no data about a necropolis in the area where the graves were discovered, unlike other parts of the city where the locations of ancient and/or medieval necropolises have been well-known.

Another Bulgarian city, Varna, recently saw construction workers rehabilitating the downtown stumble across an ancient earthen jar, which later led to rescue excavations and the discovery of a new section of the fortress wall of ancient Odessos, and of an ancient skeleton.